Steeped in tradition, Padstow’s May Day has huge importance for the town and it is a day that is recognised all over the world as a unique event. Each year thousands of people come to witness the ancient custom which is considered by many locals to be more important than Christmas. 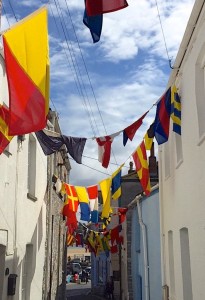 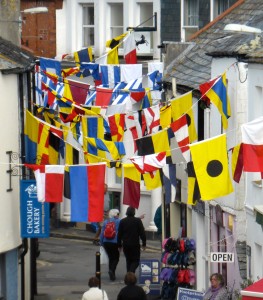 The preparations begin several days beforehand when brightly coloured flags are strung across the streets, greenery is placed to decorate entrances and the May Pole is set up in Broad Street: 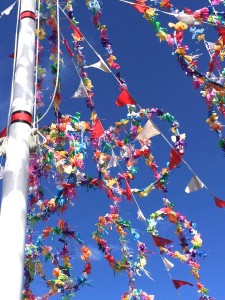 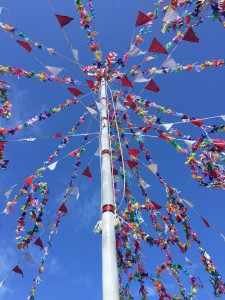 The celebrations commence with the Morning Song which starts just before midnight on the eve of May Day. The day itself starts with the Blue Ribbon Oss making an appearance from the Institute steps at 10am followed by the Old Oss from the Golden Lion at 11am. By mutual consent the two Osses don’t meet until later in the day but wend their ways through the streets with the occasional pause for a pint.

The pattern is set for the day whereby the Oss is ‘teased’ whilst the verses are played on accordions and drums. The followers predominantly wear white with the red or blue ribbons worn as sashes and neckerchiefs topped off by a sailor’s hat decorated with cowslips. Both teams make collections from the onlookers often so numerous that they block the streets but you can always hear the music and if you’ve never been it is well worth a visit. 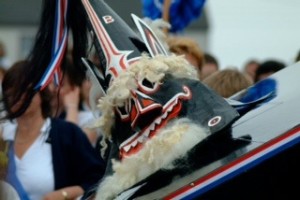 View all posts by Jill Brown →